Like many motorcyclists, you may occasionally engage in lane splitting in order to move through traffic jams and other slowdowns more quickly. This may seem like a reasonable thing to do, but it can be risky. Drivers don’t often expect to see a motorcycle pull up beside them, so accidents often occur. In some states, lane splitting is prohibited. Even if it’s not banned, engaging in it can make you liable in the event of an accident. When cars and motorcycles are involved in accidents, motorcycles generally lose, so it’s usually best to avoid it altogether.

What is Lane Splitting?

Lane splitting refers to driving between two lanes in order to get around stopped or slow-moving traffic. Although it often happens between stopped vehicles, it can also be done on shoulders and on the sides of medians. Regardless of where it happens, it can result in serious accidents. It’s natural to be frustrated when traffic slows to a crawl or stops completely, but it’s impossible to predict when it will start moving again. Drivers in cars may be unable to see you since you’re not in your own lane. 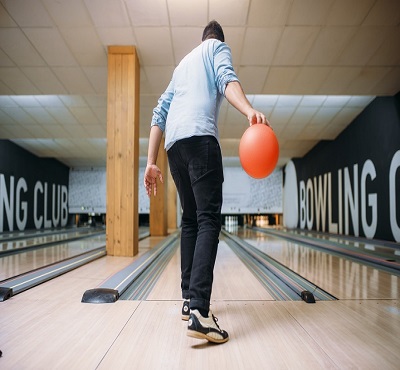 There’s a lot of debate out there about the legality of lane splitting. Interestingly enough, it’s not specifically banned in most states. Just because it’s not prohibited doesn’t mean it’s okay, though. When it comes down to it, the legality of such maneuvers will be determined by police officers and judges. The fact is that automobile drivers are often taken by surprise by such actions. That element of surprise often works against motorcycle riders in court. When you engage in lane splitting, how certain can you be that other drivers are aware of your presence?

Who is Liable in the Event of an Accident?

If lane splitting isn’t expressly prohibited in most states, how is liability determined in the event of an accident? Although the driver of a car could technically be held liable, the truth is that motorcyclists are usually the ones who are determined to be at fault. Things that will work in your favor in this type of situation include driving at a reasonable, safe speed, not weaving frequently between cars and being an experienced motorcyclist. It will also help if you can show that you’ve completed a motorcycle safety course in the past.

Police reports and witness statements will be used to determine liability. If it can be shown that the driver of the car acted recklessly, he may be found liable. Still, it’s usually an uphill battle, and most people automatically consider the motorcycle rider to be at fault.

Getting Help After a Motorcycle Lane Splitting Accident

If you were involved in an accident after lane splitting, it’s crucial to seek experienced legal representation. Lane splitting isn’t technically illegal in most jurisdictions; in California, it’s legal as long as it is engaged in prudently and safely. Still, the matter is up to interpretation. The only way to protect your rights is by retaining a talented motorcycle accident attorney.

Don’t wait until later to hire a lawyer, and never speak to insurance company representatives or others about the incident until you do. The right attorney will take all of the available information and use it to develop a strong case for you. While the outcome may not be certain, it’s more likely to be in your favor