What Happens After Experiencing A Motor Vehicle Accident?

A motor vehicle accident is often caused due to the negligence of a distracted driver. The carelessness of a driver might be caused by sending a text message, talking on a phone, or engaging in any other activity that takes their attention away from driving.

In Pennsylvania, the use of cell phones is not banned while driving either through a handheld or a hands-free device. However, it is prohibited to text while driving. However, the Pennsylvania Department of Transportation (PennDOT) motivates drivers to follow safety rules before making or taking any calls.

In 2012, Pennsylvania implemented a no-texting while driving law. Under the law, texting is banned for all drivers when they are driving a vehicle. For non-commercial drivers, the specifics of the law are discussed as follows: 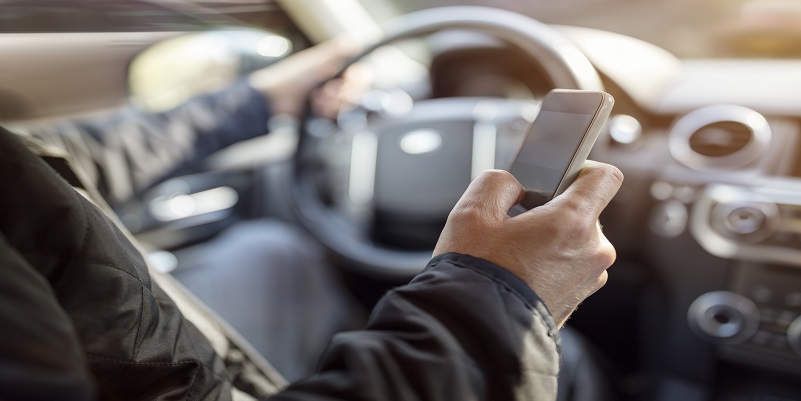 What Is Texting While Driving?

Texting while driving refers to an event when a driver is using a cell phone to send, compose, read, or write a text message along with some other digital correspondence while driving a motor vehicle. A form of distracted driving is further categorized into three types such as:

Philadelphia ranks third in terms of distracted driving cases. In 2020, research suggests that 3,500 to 5,000 deaths were caused due to texting while driving. In 2017, Pennsylvania recorded a 51% rise in texting while driving cases. Also in 2017, 15,614 crashes were reported in Pennsylvania for distracted driving and 58 individuals lost their lives as a result of this deadly, understated distraction.

In 2016, statistics highlighted that the number of individuals talking on the phone while driving has fallen. However, texting, browning the internet, and using social media were increasing at the same time.

Gathering data on distracted driving cases and combining it with traffic accidents could be a complicated task. This is because drivers are not always transparent while reporting their habits, multiple factors could cause crashes, and police reports may not have accurate records.

Does Texting While Driving Affect Insurance?

Yes, texting while driving affects auto insurance rates as some fundamental auto insurers such as Travelers, State Farm, and Progressive have created special apps for their insureds. These apps are used to track drivers’ behavior and driving habits which are then shared with the insurance company. If their insureds drive safely, and within speed limits, then they are rewarded usually through discounts.

The Travelers App offers tips for safe driving and how to improve driving. Drivers then could get a reward of up to a20% discount of their auto rate. This also helps insurance companies in predicting whether the driver is high-risk, meaning that they are more likely to get into an auto accident based on their driving habits.

Individuals aged 20 to 37 make use of their cell phones at the highest rate, more than any other age group. These statistics are derived from a survey that was conducted in the Philadelphia region of about 435 drivers. In the survey, 91% of the respondents admitted that they have used a mobile device while driving.

How Many Deaths Were Caused By Texting While Driving?

If we analyze data collected from different years, we will observe that deaths caused due to texting while driving were increasing in 2013, were highest in the years 2015 and 2016, and then dropped in 2017.

How Could A Texting While Driving Accident Lawyer Guide You?

Now that texting while driving has been declared illegal in Philadelphia, it is essential to consult with an attorney near you to learn of your rights afforded to you. When a driver acts carelessly, and their actions result in your severe injuries, it is important to understand that you may be owed monetary compensation for your damages.

There is no excuse for negligence on the part of a driver that has caused extensive damages and serious injuries as a result. The victim and their families understandably demand justice and deserve fair compensation for the same. Therefore, it is vital that negligent drivers be punished and the victims be awarded fair compensation for their damages sustained.

It could be possible that a victim has sustained various injuries such as broken bones, scarring, spinal cord injuries, nerve damage, whiplash, concussions, traumatic brain injuries, disfigurement, and paralysis.

As such, it is a burden on the victim financially and emotionally for which he or she deserves financial compensation, at the least, to help them alleviate the stress the accident has caused. Seek a consultation from a Philadelphia Car Accident Lawyer if you or a loved one has suffered injuries from a devastating crash.